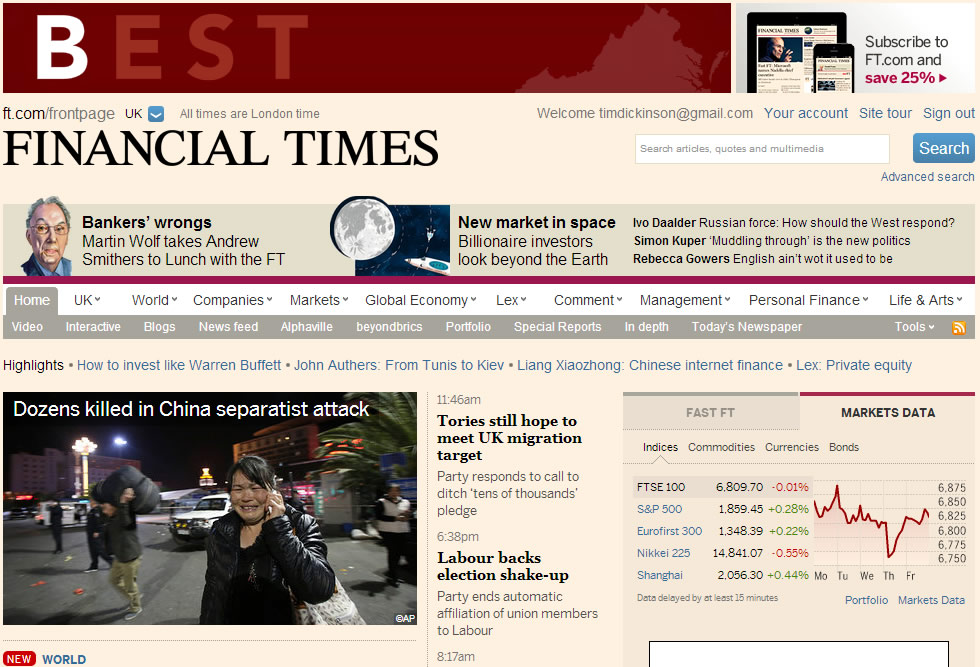 The Financial Times Group has been one of the best to adapt from the print to digital worlds, with 55% of revenues now coming from digital and services.

In their financial figures published earlier this week, the FT described advertising sales as “short term and generally weak”, but also said they have grown market share with luxury and financial sectors that have shown good growth in digital.

The FT has also developed an technological solution for matching advertisers’ content to relevant FT.com articles in real-time using semantic profiling called FT Smart Match, although the figures from this source were not split out in the figures.